← Once Upon a Time…
Aston Telling Tales →

A heritage research project exploring the experiences of WWI soldiers with a group of young men. 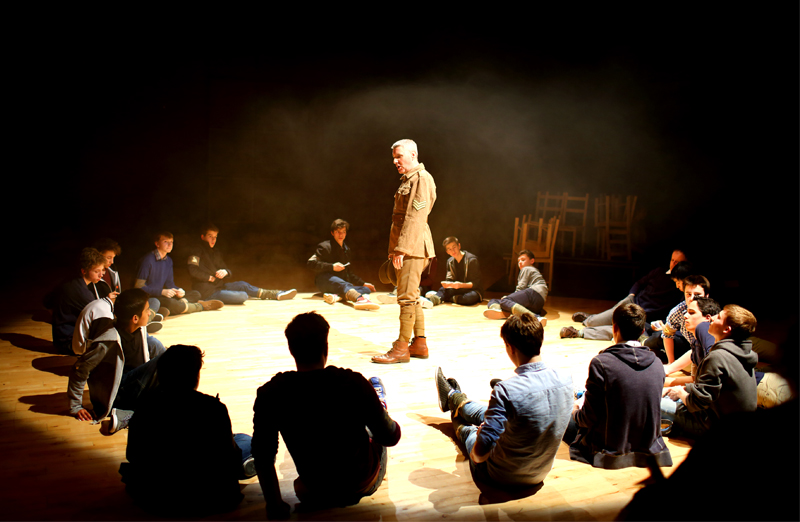 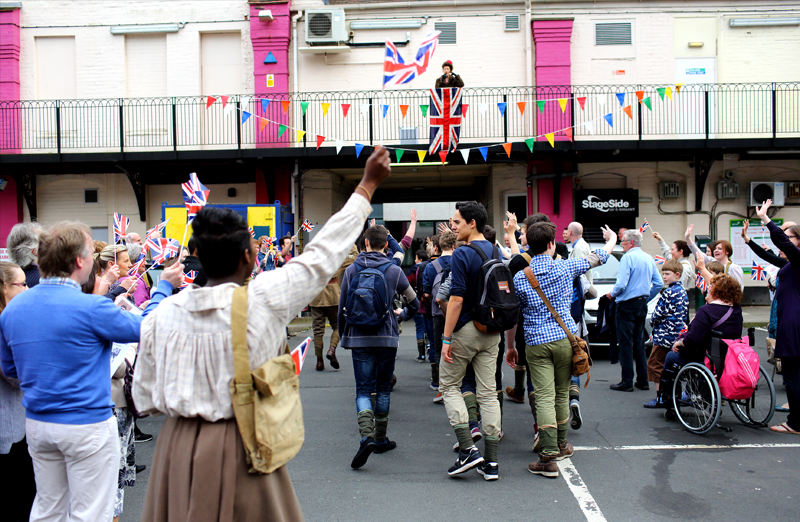 The Chocolate Soldiers explored the experiences of young recruits from Birmingham during WWI. The theme of the project developed from the phrase ‘Chocolate Soldiers’, a term for Birmingham troops first coined in a poem from the period, which attacked authorities for their ineffective use of troops from the city. Fascinated by the idea of young Birmingham boys sent to war, Women & Theatre and its partners Birmingham Hippodrome and Royal Regiment of Fusiliers Museum (Royal Warwickshire) set out to create a new piece of theatre with the modern day counterparts of those soldiers.

The project brought together a group of 20 boys and young men from secondary schools in Birmingham, who engaged with archival material at the RRF Museum, received training in oral history techniques, and interviewed descendants of Birmingham WWI soldiers.

The project concluded with an interactive promenade performance staged across a number of sites around Birmingham Hippodrome, including the site of the original Drill Hall in Thorp Street. A supporting exhibition was created and hosted at the RRF museum, and a blog documenting the project can be found here.

It has been a great privilege to work with a young energetic cast as full of life, ambition, ideas and love as their counterparts in 1914.

The project was delivered in partnership with the Birmingham Hippodrome and the Royal Regiment of Fusiliers Museum (Royal Warwickshire). It was funded by the Heritage Lottery Fund, The Roughley Trust, The Grimmitt Trust, The Cole Charitable Trust, The Rowlands Trust and Service Birmingham.

← Once Upon a Time…
Aston Telling Tales →