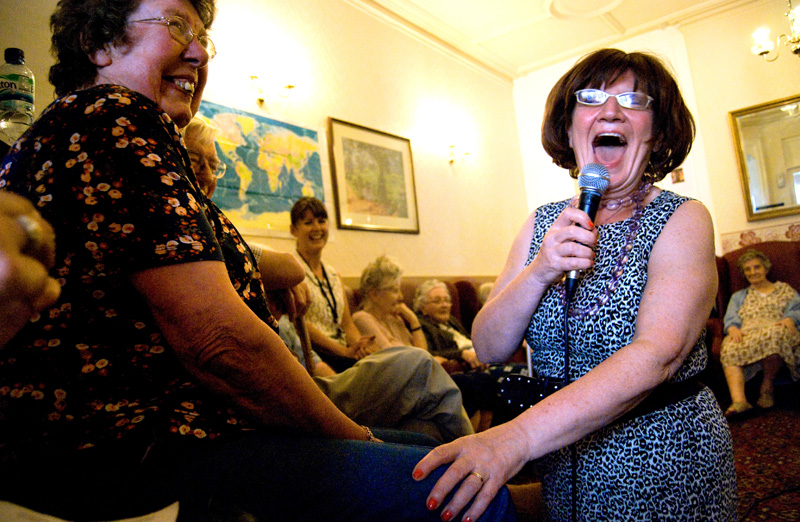 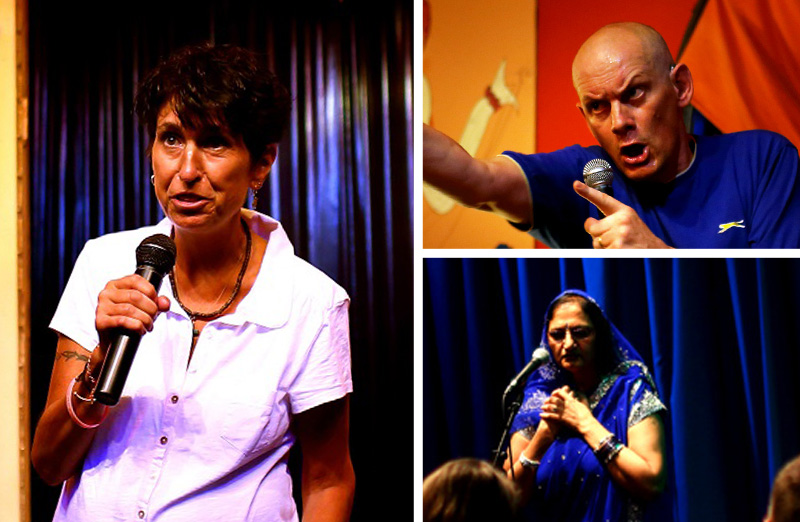 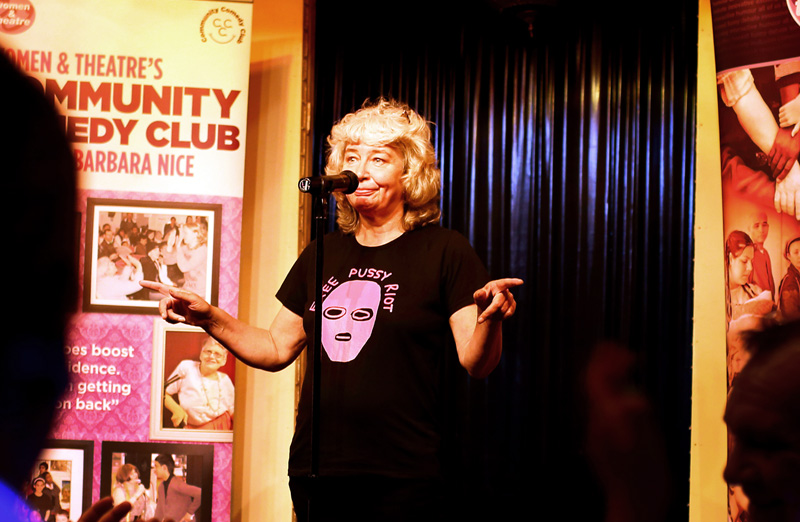 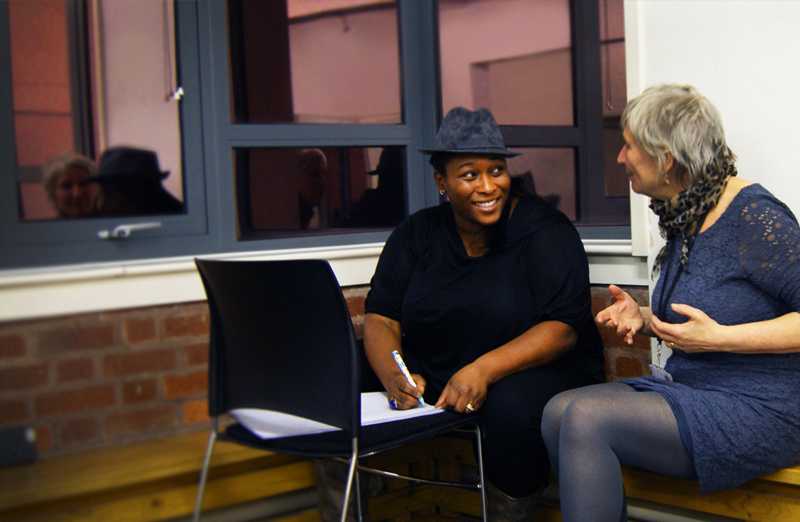 Women & Theatre regularly deliver community comedy courses which engage a wide variety of different groups of all ages and backgrounds. Since 2008 W&T’s Artistic Director Janice Connolly (aka comedy star Mrs Barbara Nice) has delivered over 25 community comedy courses thanks to the support of wide ranging funders including Time to Change, Comic Relief and The Baring Foundation.

Promoting wellbeing and building community ties, our comedy courses have seen us use the strand as a vehicle for tackling areas such as mental health stigma, inter-faith relations, dementia and community health. We’ve combined the comedy expertise of Janice Connolly with the company’s dedicated mission to address contemporary issues in partnership with diverse groups. This has resulted in courses that build experience, encourage skills development and help to nurture essential life skills.

The courses are structured to enable participants to devise their own comedy material and develop skills in performance. Each course culminates in a comedy event where participants perform alongside a professional headline act to an audience of peers, friends, family and the wider community.

W&T originally launched its Community Comedy Club strand in 2008 with courses at Stanhope Hall Community Centre in Highgate, targeting sufferers of low level anxiety or depression. The course was run with over 50 participants grouped by gender and age who proceeded to perform to packed audiences in a number of public comedy events. The wellbeing outcomes showed positive changes for participants including 72% feeling more cheerful and 76% feeling closer to other people (measured through the Warwick Edinburgh Wellbeing Scale).

The success of these courses paved the way for the development of different incarnations of Community Comedy Clubs and in 2011, the concept won Birmingham & Solihull’s ‘Big Ideas Bonanza’ which rewards innovative ideas for improving community health.

My son came to one of the comedy courses and it has benefitted him a huge amount, as he lacks a lot of confidence. This (course) has really helped him with that

How inspiring Janice is and all her young (and older) protégées. Long may the work remain

Thank you for letting me take part in your comedy course. It has helped me so much find the person I lost last year that was myself – this is something I got from taking the course. Participant, Stanhope Women’s Course

Good to see Kerria Court residents enjoying themselves and taking part. The residents were treated with respect and with love and their personalities were encouraged to shine.

The impact has been massive. It’s given me back my confidence, given me more purpose. I’ve been bitten by the comedy bug!

Participant, Laughing for A Change