A series of seasonal productions created for touring to community, health and residential settings.

A short film about ‘Summer Times’, filmed by Joel Blackledge for the TLANG Translation and Translanguaging research project. 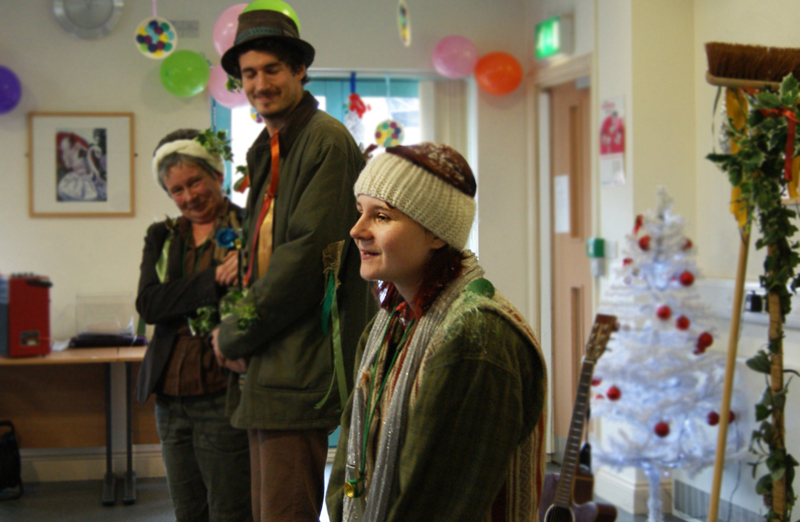 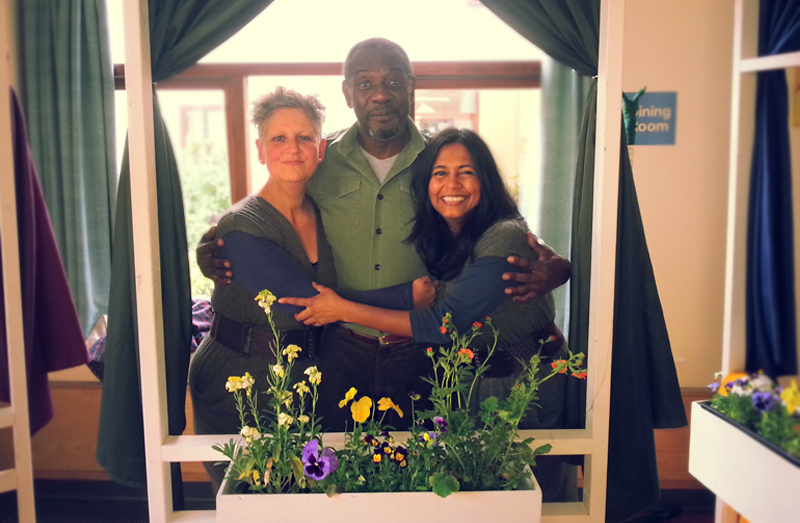 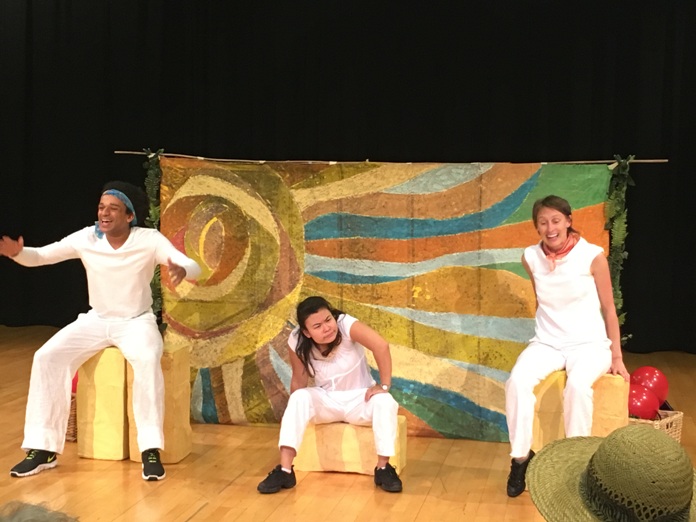 In 2011, in partnership with Birmingham & Solihull Mental Health Foundation Trust, W&T developed and toured a research-based festive show called The Christmas Box to a range of mental health settings. The focus on a specific season proved to be very effective for in-patients for whom the changing seasons felt quite remote, and the success of this project inspired W&T to want to produce over time a suite of 4 seasonal shows, each to be developed in partnership with different organisations and communities.

W&T had for a long time wanted to develop a Christmas show. Our vision was to create an interactive production that could spread joy and meaning during the festive period, with songs and stories that people of all ages and cultures could enjoy. We therefore welcomed the opportunity of working in partnership with BSMHFT to make it happen.

Developed from research with mental health service users, The Christmas Box is an interactive show, involving the presentation of stories, peppered with cracker jokes, conversations with the audience, and the singing of Christmas songs. It encompasses a range of stories drawn from people’s memories e.g. of trying to ‘hide’ bicycles from children, experiences of particularly harsh winters and sharing what little you had with neighbours. The production has the feel of a winter travelling show, a Wassail. The performers arrive with a wheelbarrow from which spring decorations, props and costumes, bringing any venue to life and setting the scene.

The Christmas Box was researched, written and directed by W&T’s Artistic Director Janice Connolly. The pilot tour took us to a number of BSMHFT settings with diverse audiences – ranging in age from 17 to 80+. In December 2014 the production was re-mounted under the direction of Alison Belbin and was toured more widely to community centres, day centres and retirement villages as well as BSMHFT settings.  In Autumn 2015 we collected additional research and re-developed the piece, giving it a more diverse cultural flavour before touring it in December.

The production … was amazing. The actor/actresses were able to engage and integrate some of our complex patients, to the extent that we were able to see positive changes in their mental health and improved self-esteem. Your company has enabled these individuals to experience theatre at a level that they can access, associate with and comprehend.

An uplifting and interactive show, Spring’s Sprung was developed in 2014 through a process of research and workshop activity with older adults in five partner settings. The artistic team was led by W&T Artistic Director Janice Connolly who researched and wrote the script and co-delivered the workshops.

The play presents three characters – Samson, Nina and Stella – all of whom have lost the ‘spring in their step’ and have a problem which needs solving. The piece also includes stories and songs which help to jog memories and stimulate conversations with the audience.

During the research, we spoke with older people about their feelings, memories and associations of spring, collecting stories and anecdotes. Workshops were used to develop the three characters by creating their ‘back stories’ with the group. The script was then finalised and rehearsed before the cast returned to the partner venues with the final production. We also toured to other ExtraCare Retirement Villages, BSMHFT older people’s mental health settings and an Optima Housing community venue.

The 2014 tour brought the season of Spring into settings where it might not have been present or noticeable, reaching over 400 audience members including older adults in community and residential settings, staff and family members.  Our 2016 tour took place in April visiting 16 venues across the West Midlands.

Excellent show. Great sense of humour and great concept. Feeling so much happier and in the ‘spring’ of things.

We were delighted to be able to develop the third of our series in Autumn 2016.  Visiting a number of residential, community & in-patient settings, Janice gathered stories and customs relating to autumn from across the world.  These were then written into a light-hearted, interactive production with a ‘gathering around the fire’ feel – with the cast exploring old Greek myths, Guy Fawkes and Bonfire Night, and stories of harvest.

Performances took place across the West Midlands during a two week tour in November.

In 2017 we were asked by the TLANG (Translation and Translanguaging) departments at Leeds, Cardiff, Birmingham and Birkbeck Universities to work with them as part of a research project to look at how theatre can reflect new understandings of multilingual interaction in UK cities.  The production therefore reflects stories of summer from Birmingham, Ireland, Poland, South Asia, China and the Caribbean.

We aimed for our ‘performance language’ to be consciously super-diverse; with a multilingual script and incorporating gesture, touch, mime, physicality and facial expression to present the realities of how people with diverse cultural backgrounds and languages communicate with each other.

University of Birmingham, Service Birmingham, The Grimmitt Trust and the Harry Payne Trust