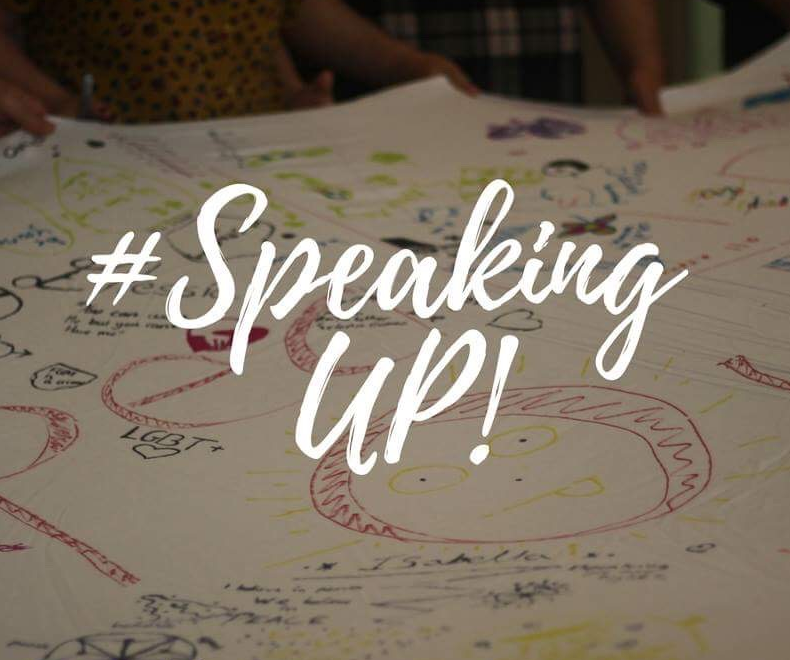 In Autumn 2017 we worked with 3 groups of girls to create short films that responded to MAC’s Women and Protest season. We worked with young carers, Looked After young people and young people with additional needs in partnership with  Spurgeons, Swiis Foster Care and Fox Hollies School.

The creative process began with an inspiration day at MAC where the young people  were introduced to the theme of ‘Women & Protest’ with different stimuli including visiting exhibitions and the presentation of short films, exploring the range of styles and formats they could adopt. They took part in drama activities responding to the theme of protest, and were asked to think about things they like or would change about the world.  These ideas then fed into creation of the films which were shot on location.

The films were shared with general public, family & friends at a screening at the Hexagon Theatre, MAC in December 2017.  If you missed it, have a look at the finished films below.

“I thought the #SpeakingUp film from our Fox Hollies girls …really reflected them and their abilities in a very positive way….not just because our girls were involved in creating something they can be proud of, but because for the first time I can remember, they participated on equal grounds with others, because they were girls, and nothing to do with being disabled!” (Mark Williams, teacher at Fox Hollies School)

Swiis – Here is the love