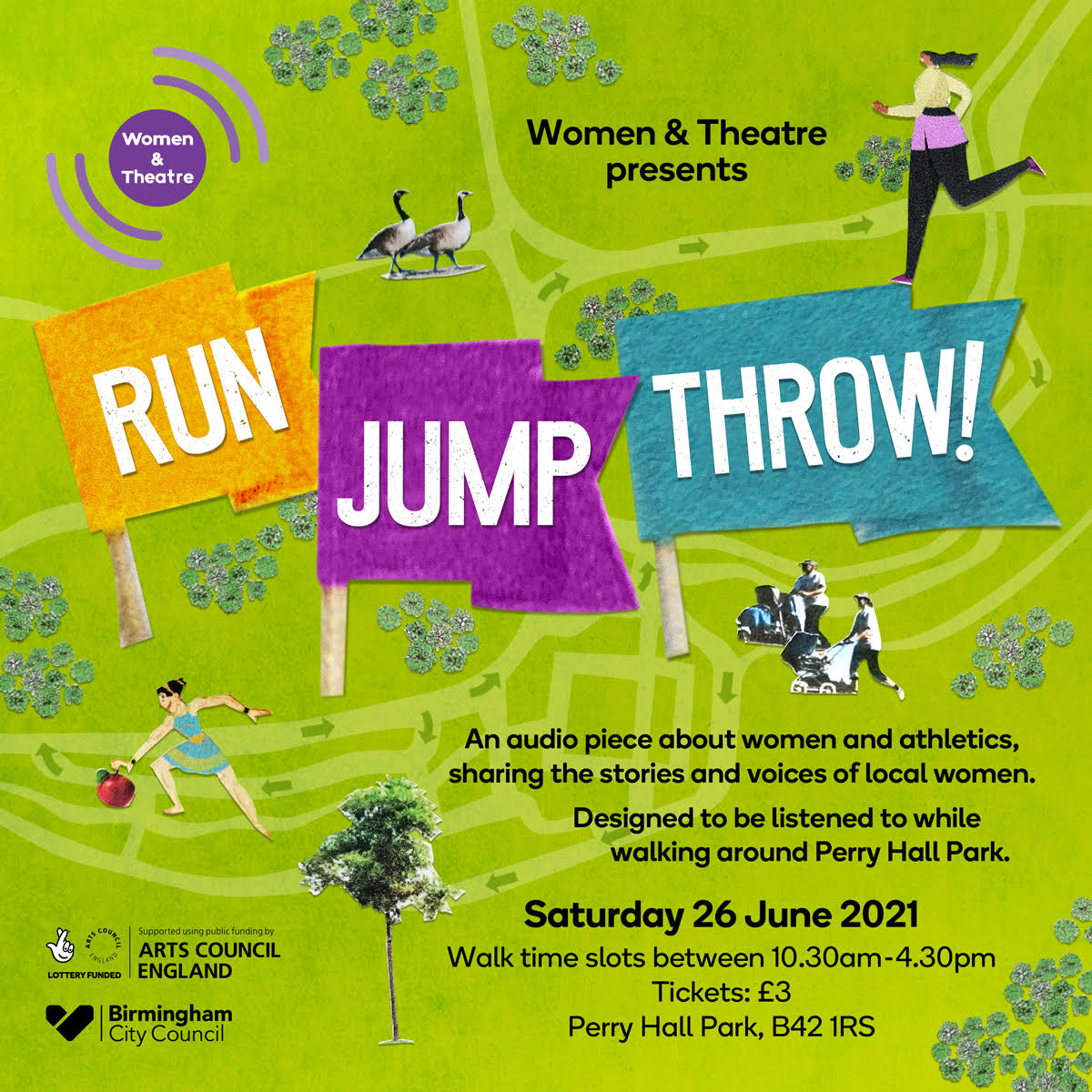 Run, Jump, Throw is an audio performance to be listened to whilst walking a particular route around Perry Hall Park. Join us to hear women’s experiences of track and field; making leaps, overcoming hurdles, achieving their personal bests and passing the baton to the next generation.

As an international sporting spotlight is shone on Perry Barr amid developments for the 2022 Commonwealth Games, Run, Jump, Throw illuminates and celebrates the voices of local women. It has been made through workshops and conversations with local women whose voices you will hear.

This is an audio performance designed to be listened to with headphones, whilst walking or moving around a particular route of Perry Hall Park – but can be enjoyed anywhere! Maybe go to your local park, sit in your garden or from wherever you are, close your eyes and imagine…

Those wishing to listen in Perry Hall Park can download and print off a performance route map below.

You can watch a fully closed captioned version of Run, Jump, Throw below filmed in Perry Hall Park.

If using the Perry Hall Park route be aware it is mainly flat, consisting of concrete paths, pathways created by footfall, grassy areas and slopes. There is one step as you enter the secret garden, however a more accessible route is clearly marked on the map you will be given upon arrival.

A fully captioned film version of Run, Jump, Throw! Will be available shortly, please keep checking this page for updates or sign up to our mailing list.

Downloading audio onto your own phone
In order to have the best listening experience possible we recommend downloading the audio to your phone, you can do this via our podcast channel. To access the Women & Theatre podcast channel open your podcast app and search “women & theatre” click subscribe and then click play on the episode titled ‘Run, Jump, Throw!’
Make sure that before you leave for the park that you remember:
1. Charge your phone
2. Download the podcast in advance
3. Bring along headphones
(1 device / headphones per person)
← Looking Back, Moving Forwards LGBT+ Monologues
Women in Lockdown →